Who Is Glenn Larsen?

Glenn is a Awesome Hunter- Shooter- He is a Loving Husband and Father and a really nice guy to be around - Glenn has a Passion about Shooting and Hunting and he reloads his own Ammo!  His motto was More Powder Bigger Bullets when I met him!  He has designed many of the molds that have been used for group buys on the "Cast Boolet Boards".  The thing that is really awesome is that he will take the time to help anyone - if they have questions about a mold- a load - or how to lube a bullet.  He loves to shoot and loves to pass along his knowledge to those in need.

He started making the cast bullet lube when he returned to College and earned his BS in EE from ISU.  Due to his Disability from the military he has enjoyed making the lube since a regular job has been out of the question.  He has had the privilege of making Cast Bullet lube for wonderful people we have met over the years!

We can't Thank You enough for the support over the years.  If you have any comments or questions please contact us! 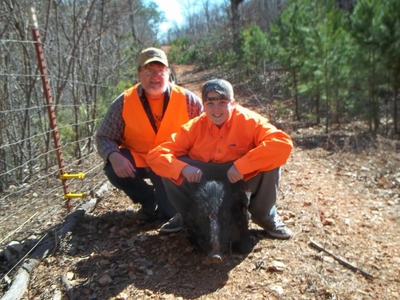 Our Son Erin Dillon Larsen is a proud Eagle Scout and a member of the order of the Arrow. He has graduated High School and is now attending Arkansas Sate University.

Erin has many of his Fathers attributes - Earning his Eagle Scout Rank in the BSA at 12- he has enjoyed the challenges that are put before him.  He is also a typical boy and loves to hunt and shoot- and occasionally blows things up.  No one except Gallagher himself can smash an apple with a Apple Smasher with such Flare!

Erin Likes to Smelt down the used tire weights and make them into bars ready to make nice new Big Bullets!  He is earning his own equipment while he uses his fathers to make some wonderful Big Bore Bullets!

Why Move To Arkansas?

Well that can be a long story or a short one - Actually the Bottom line is that in Idaho the VA would not give Glenn the care he needed - (thanks for Serving your country 3 times in the Gulf) So after being told we had to move closer to a VA Hospital we decided to move to Arkansas because we have a Excellent Friend here and her husband is a Veterinarian. That way All of our Dogs can get Great medical care from Family and as a bonus we can take Glenn to some awesome Medical care!

The rest of our families are all around the USA- A lot of our Family are in Idaho but there are relatives in Oregon, Texas, Colorado, Utah, Kentucky and Florida!

A Huge We Miss you to Casey, Steven-Molly and William, Shirley & Ace, Kim & Dave, Kathy & Brent, Joan & Merrill, Robert, Judith & Dirk and everyone else. People couldn't ask for better Kin!! :) 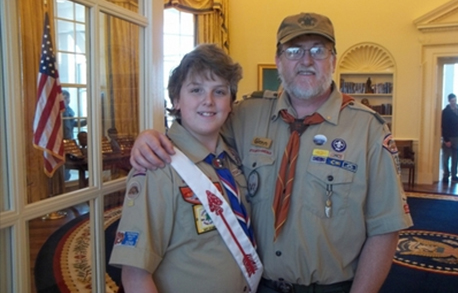 I want to give a HUGE Shout Out to People who have been there for us over the Years!

Thank You to the Cast Bullet Association and its Members

Thank You to Our Grand Teton Scout Friends

Thank You to the Vets Best Friends!!

Thank You to our Friends and Family who have been there for us!

SAMPLES
We will be happy to send you samples of our stick lubes to try before you buy. The samples are about 1/3 of a stick. We do not have samples of Liquid Xlox. The USPS changed their rates and now an envelope can't go first class if it has a large bump in it, so we ask that you pay the first class postage. That way we can still send out free samples without going broke.
HOME ABOUT US STORE MSDS ORDER FORM TESTIMONIALS FAQ'S CONTACT US
LSSTUFF | 501-605-1224 | 364 INDIAN POINT ROAD - WARD, AR 72176
©2018 LSSTUFF
DESIGNED BY: INNOVATIVE DIRECT MARKETING